Transportation is the largest source of greenhouse gas emissions in British Columbia. Researchers at the University of British Columbia have developed a hydrogen supply chain model that can enable the adoption of zero-emission, hydrogen-powered cars—transforming them from a novelty into everyday transportation in just 30 years.

In a new study published this week, UBC researchers provide an analysis of the infrastructure needed to support hydrogen cars, SUVs and mini vans in British Columbia. They recommend a refuelling infrastructure extending from Prince George in the north to Kamloops and Vancouver in the south and Victoria in the west. Production plants would capture by-product hydrogen from chemical plants or produce it from water electrolysis and steam methane reforming. A network of refuelling stations would be established to serve consumers in major urban centres. 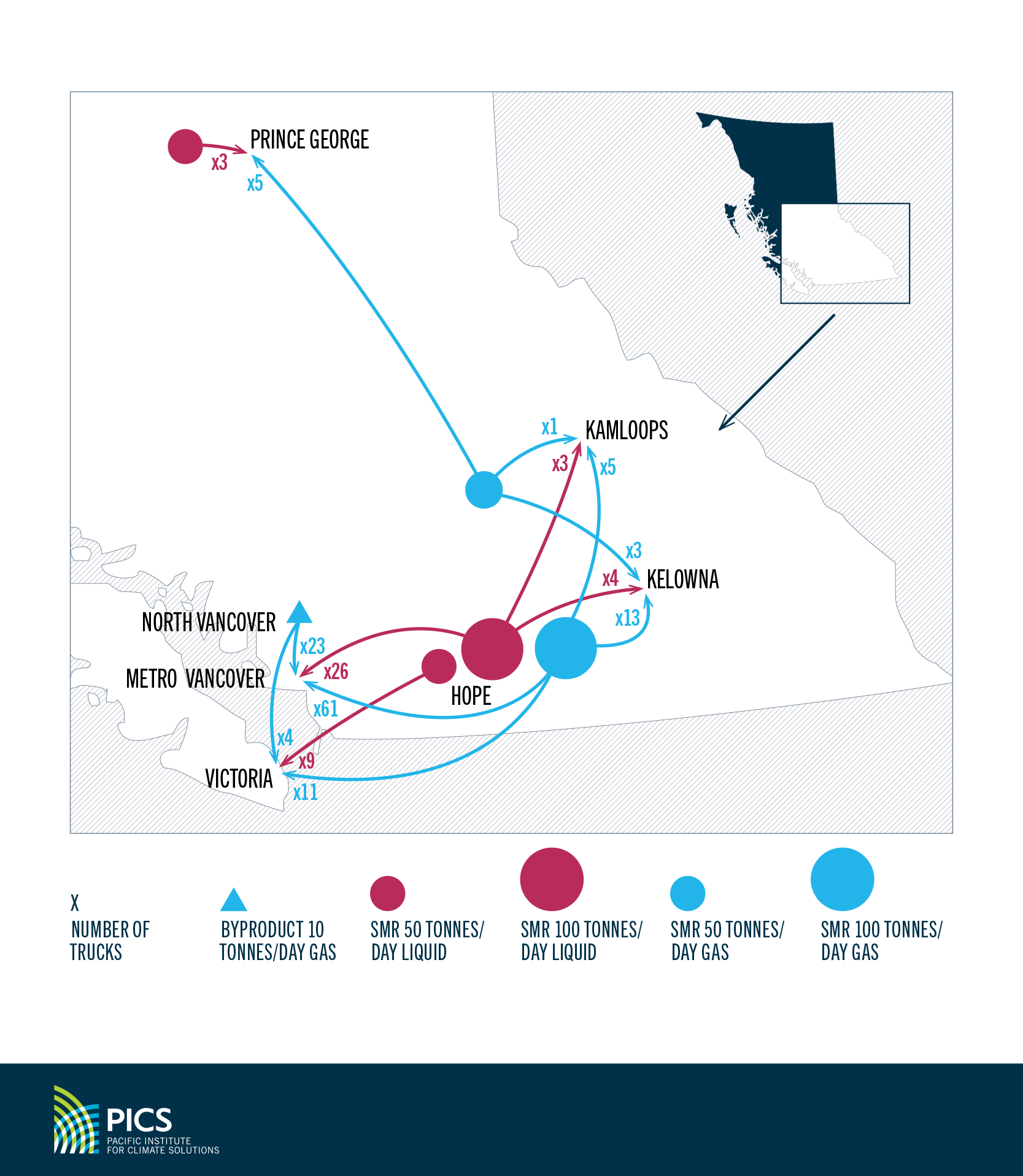 “Hydrogen-powered vehicles are a strong alternative to battery electric vehicles, which don’t always comply with fast-refuelling, long-distance travel or cold weather requirements,” says lead author Hoda Talebian, a PhD candidate in the department of mechanical engineering at UBC. “We believe we have created the most comprehensive model for hydrogen adoption in a region like B.C., where demand is still low for these types of vehicles.”

The researchers note that hydrogen cars like the Toyota Mirai and Hyundai’s Nexo are already available in B.C., and a public retail hydrogen station opened in Vancouver last year—Canada’s first. By 2020, Greater Vancouver and Victoria are projected to have a network of six stations.

“The momentum for hydrogen vehicles is growing, and B.C. is leading developments in Canada by providing supports like car sales rebates and incentives for building fuelling stations,” said senior study author Walter Mérida, an engineering professor at UBC who studies clean energy technologies and leads the transportation futures research group in the faculty of applied science.

“However, we need a solid refuelling network to truly promote mass adoption. We hope that our framework contributes to its development and to the CleanBC plan, which includes a zero-emission vehicle mandate by 2040.”

“We do see a future where hydrogen can be economically competitive with gasoline, while significantly reducing greenhouse gas emissions,” added Mérida. “This study is part of a broad, multidisciplinary effort on the future of transportation. As the energy system becomes smart and decarbonized, hydrogen will become a critical bridge between renewable energy and transportation.”

The research was funded by the Natural Sciences and Engineering Research Council and the Pacific Institute for Climate Solutions Transportation Futures for BC project.

Survive and Thrive calls for urgent action on carbon removal

PICS report explores the need for a BC strategy on negative emissions technologies.

From greenhouse gas to rock in 25 years

Newly published research by scientists with the Solid Carbon project shows that carbon dioxide taken from the atmosphere and injected into the deep subsea floor off Vancouver Island may turn into solid rock in about 25 years.

Ian Mauro, an acclaimed environmental scientist and award-winning filmmaker, has been named as the new executive director of the Pacific Institute for Climate Solutions (PICS), effective Nov. 1.

Gigatons of carbon dioxide able to be stored in ocean basalt

It may be possible to sequester carbon dioxide in subseafloor ocean basalt at a scale that would bring down global atmospheric concentrations of this predominant GHG that is driving climate change.

Incorporating an industrial by-product into lithium-sulphur batteries may enable the creation of smaller, safer and cheaper EV batteries with doubled energy capacity.