That’s why, at least for now, there is only one operating tidal-power farm in the world, in Scotland. But when companies do finally address the big challenges and start to deploy whole fleets of undersea turbines, they will likely turn to the research of Mike Shives, a former PICS supported researcher at the University of Victoria's Institute for Integrated Energy Systems.

“For the business case to work, a tidal developer will need to go big,” Shives explains. But just as with onshore and offshore wind farms, the arrangement of an undersea turbine array is critical to ensure the turbulence from one generator doesn’t interrupt others in its underwater wake.

To solve those issues, developers would turn to computational fluid dynamics simulation applications. And they work reasonably well for three or four turbines. But scale up, and it takes near-supercomputer level processing power to calculate how the water moves across all the surfaces involved.

Things Get Tricky in a Hurry

Engineers model these dynamics by creating a “mesh”—in essence, they digitally map the surface of a three-dimensional object, such as a turbine, with geometric shapes.

“If you look at the blades of hundreds of turbines, the computational mesh becomes immense—just insanely huge, with billions of elements,” Shives explains. “The computational costs just become astronomical.”

To optimize the performance of a tidal turbine, a developer needs to simulate the flow of water across all of its surfaces, from the blades to the hub and housing. This modelling consumes an enormous amount of computing power and time, and the more turbines in a given array, the larger the computing requirements grow.

For his PhD thesis, Shives proposed various methods a company might use to avoid having to do this complex work while still accurately capturing wake and performance data. With his alternate approaches, a developer can more cost-effectively map out the most efficient layout of tidal turbines.

Large-scale tidal power will need all the help it can get, because wind and solar technologies are established, reliable, and cheap, and the climate imperative to decarbonize electricity gets stronger every day. Meanwhile, the list of failed undersea experiments is long.

For example, in mid 2018 former Nova Scotia tidal-power developer OpenHydro entered creditor protection and dissolved soon after—leaving a damaged prototype turbine mired in the Bay of Fundy seabed. In early 2019, the provincial government ordered the company to remove and dispose of the large generator; as of mid 2019, it’s still down there.

They’re having more success over in Scotland. Last year, Atlantis Resources energized the world’s first and so far only operating tidal-power farm in the Pentland Firth, off the north coast of the Highlands. The region’s powerful currents spin an array of four 1.5 MW turbines that feed power to the United Kingdom grid. Atlantis plans to ultimately install an additional 49 turbines on the same site.

Meanwhile, Canada’s tidal power story is far from over. In late 2018, its marine renewables industry received a fresh injection of energy when Natural Resources Canada committed just shy of $30 million for a nine-megawatt tidal-stream project in Nova Scotia. Project developer Haligonia Tidal Energy plans to combine an array of five Andritz Hydro 1.5 MW sea-bed mounted tidal turbines, and a single Orbital Marine floating turbine, to assemble a nine MW facility that will be capable of powering about 2,500 homes.

Given the ever-dropping price of other well-established renewable energy technologies, namely solar and wind, the prospect of hundreds of undersea tidal turbines remain a distant speck on the renewables horizon. But if and when the technology is ready to scale up, in Canadian waters or elsewhere, companies wanting to crack that nut will likely use the work of Dr. Mike Shives. 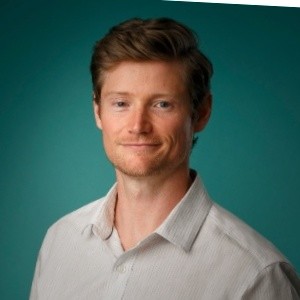